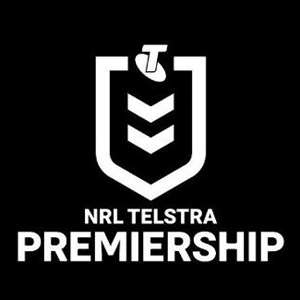 The following are previews with betting tips for the Preliminary Finals of the 2022 NRL season.

Parramatta were under huge pressure heading into this finals series given their patchy form throughout the season, but Brad Arthur’s squad responded in the best of ways, thumping the hapless Raiders 40-4 to book themselves a preliminary final showdown with North Queensland. The Cowboys produced one of the most stunning comebacks in NRL history in their last-start win over Cronulla, scoring a try to level the score in the last seconds of regular time before a Valentine field-goal in the 92nd minute delivered the Queensland club victory.

Brad Arthur has named only one change, with Bryce Carwright set to replace Makahesi Makatoa on the bench. North Queensland would have been particularly relieved at the week’s rest given the additional minutes they got through against Cronulla, and Todd Payten has the luxury of naming an unchanged 17.

North Queensland have been the surprise packet of this season, with relatively inexperienced head-coach Todd Payten turning them from wooden-spoon contenders last year to top-four heavyweights and the second-best defensive team in the competition. While the Cowboys have built their season around fitness and grinding defence, Parramatta have deployed a power-game through the ruck to devastating effect, led by a powerhouse front-row combination of Junior Paulo and Reagan Campbell-Gillard. This match shapes as a fascinating contest between these two forward rotations. North Queensland will back their fitness to win the match in its dying stages as they have done so successfully this year, while the Eels will look to end the contest early with Brad Arthur’s troops starting fast against Canberra, putting four tries on their opposition within 25 minutes of play. This match could go either way but particularly if the Cowboys enter half-time still in the contest, expect them to qualify for their first grand-final since 2017.

South Sydney have been under huge pressure this season with the departure of hugely influential supercoach Wayne Bennet and long-serving captain Adam Reynolds. Rookie coach Jason Demitriou has started his head-coaching career in a baptism of fire but his squad have produced some wonderful form in the nick of time, with powerful victories over the Roosters and Sharks seeing the club surge into their grand-final rematch with Penrith bursting with confidence. Penrith have produced yet another wonderful season, dropping only four games to claim the minor premiership outright and are well on their way to defending their premiership shield.

Souths’ impressive victory over Cronulla last week was not without cost, with Jed Cartwright set to replace the injured Siliva Havili on the bench. Jai Arrow and Alex Johnston are also under injury clouds after failing to finish the game last week but have been named in an otherwise unchanged squad. Penrith’s only change comes with Charlie Staines replacing the suspended Taylan May on the wing.

South Sydney will be desperate to knock Penrith out of the finals as payback for the 2021 grand-final. The impact of Latrell Mitchell’s absence in that finals series seems even greater given he has almost single-handedly spearheaded his team’s surge back into premiership contention. While the Rabbitohs will be without talismanic former captain Adam Reynolds, the club’s backing of Lachlan Ilias has been massively vindicated, with the rookie halfback producing a wonderful season and firming as a long term option for the club. Having rested almost all of his top-17 in round 25, Penrith’s squad have played only one match since beating the Warriors on August 26, giving them a huge fatigue advantage. While the Rabbitohs’ surge deep into the finals series has been impressive, expect a fresh and in-form Penrith outfit to give themselves an opportunity to win the first back-to-back premierships since the Roosters in 2018-2019.