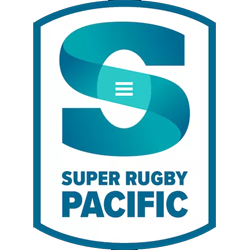 The following is a preview with betting tips for the final of the 2022 Super Rugby Pacific season. This year’s final sees the Blues host the Crusaders at Eden Park.

To take advantage of odds before they possibly shorten, this preview is published before the team sheets are announced. Those who are more risk-averse may prefer to wait for the squad lists before wagering.

The Blues jumped out to a 20-7 lead but only just squeaked past the Brumbies 20-19 last week to book their place in the final. The Blues overcame two yellow cards and charged down a late drop goal attempt to secure their 15th consecutive win. The drama was a far cry from their 35-6 quarter-final win over the Highlanders the week before. The Blues have now won 15 consecutive games. Should they win this weekend it would be their first Super Rugby title since 2003. They will have to lift their game from that ill-disciplined second half performance last week, however.

The Crusaders put in a well-disciplined and clinical performance to defeat the Chiefs 20-7 last week. They played to the conditions perfectly to extend their incredible home record in playoffs rugby to 27 consecutive wins. The Crusaders have lost ten of their last twelve playoff games outside of Christchurch, however.

Betting: the Crusaders have won their last six away fixtures against the Blues, however they lost to the Auckland franchise 23-27 at home in Round 9. It’s noteworthy that all three of the Crusaders’ defeats this season were by 4 points or less, while the Blues’ solitary defeat was by 1 point. Given this and the 6.1 average winning margin for domestic finals, I will back both the Blues 1-12 at 3.00 (BlueBet) and the Crusaders 1-12 at 3.30 (BlueBet).
Confidence/value: medium